Although we do minister to people’s needs with material goods, we believe our primary purpose is to help others spiritually. We’re surrounded by a materialistic world where the more important values of Love for God & Love for One Another are often neglected. Consequently many people experience a very lonely, sad life & are very much in need of encouragement & hope for their future.

The capital city, which was not as heavily affected during the war as other cities, is now prosperous & the people aspire to many things for their lives in their new-found freedom. They are still healing from the war & there were many orphans because of the war. 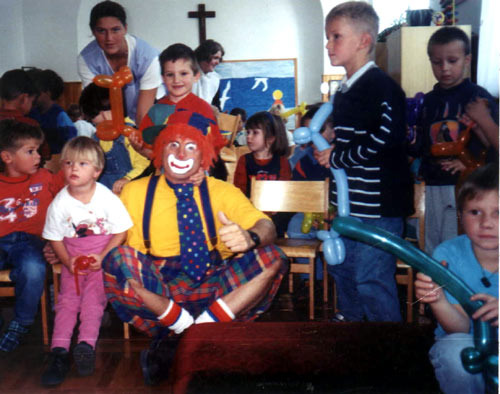 Clowning to Cheer Up War Orphaned Kids in Croatia – Zagreb 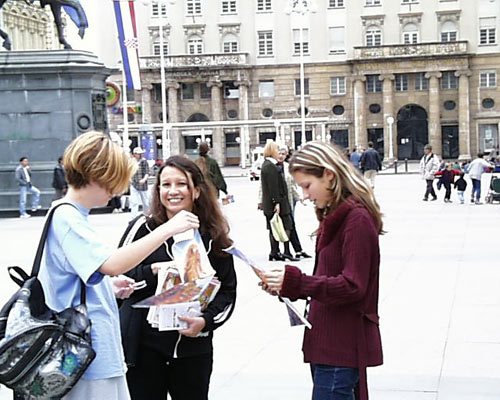 Martha Sharing God’s Message for the Youth of Croatia – Zagreb 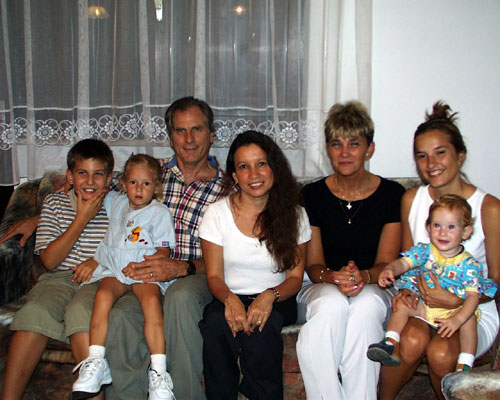 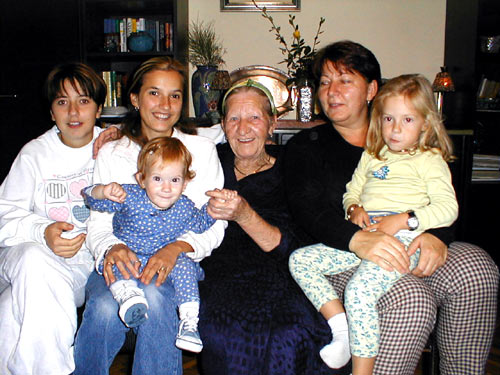 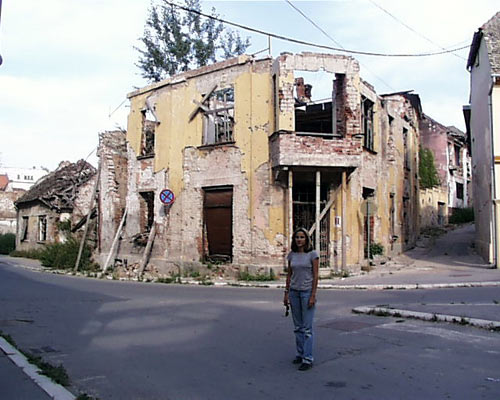 Debbie at the Bombed Out Center of Town – Vukovar 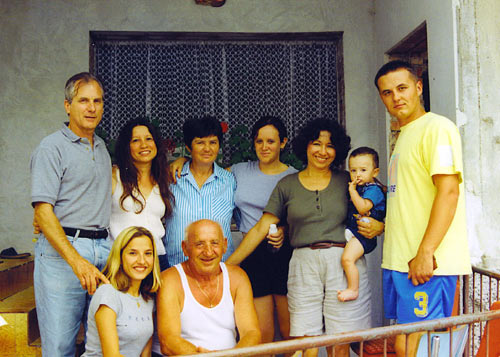 We brought Humanitarian Aid to assist the needy. Through Father Slatko & the Caritas charitable work these items were directed to the right people. 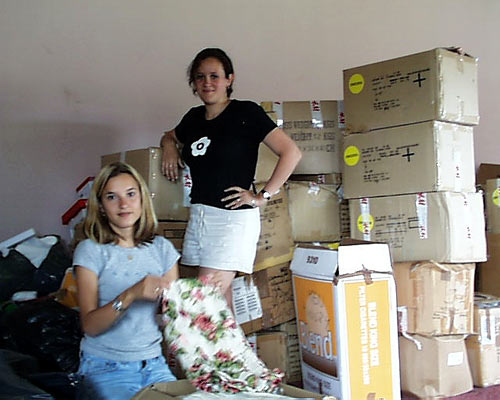 Boxes of Donations to Caritas for Struggling Families – Vukovar 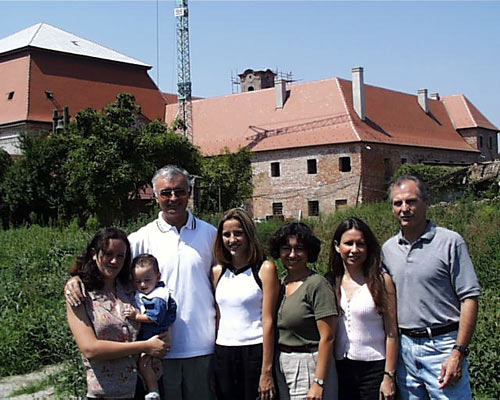 Brisa & Debbie shared the inspired songs, “On the Wings of a Snow White Dove” & “The Prayer of Saint Francis.” This church’s symbol is a White Dove & they’re Franciscans. Their response was spontaneous applause, something that had never happened before. 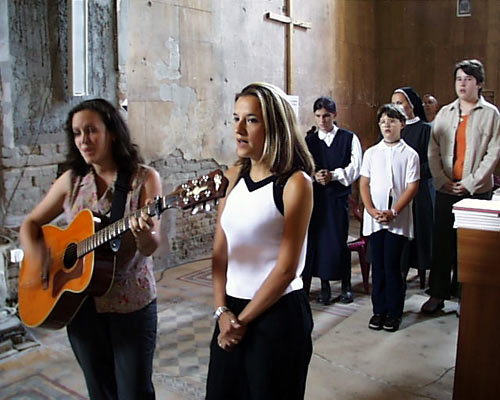 Singing On the Wings of a Snow White Dove – Vukovar 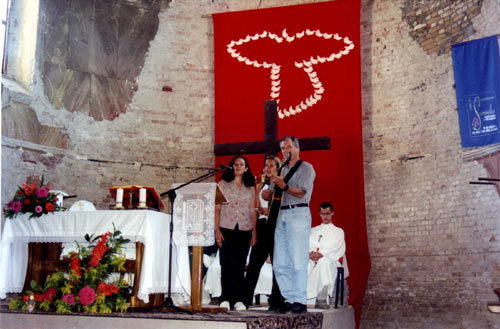 The Prayer of St. Francis in Song at Mass – Vukovar

In the aftermath of such a terrible war for their freedom, the people of Croatia needed someone who would give them encouragement, a listening ear & an understanding heart, not just material aid. This certainly was true with the persons we met who had fought in this war. It was such a traumatic experience & they now needed to rebuild their lives. 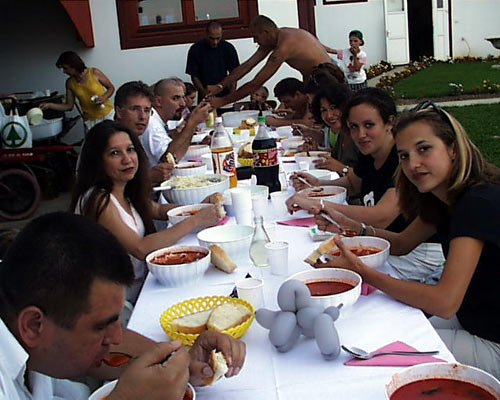 A Traditional ‘Fish Soup’ Meal in Our Honor – Vukovar 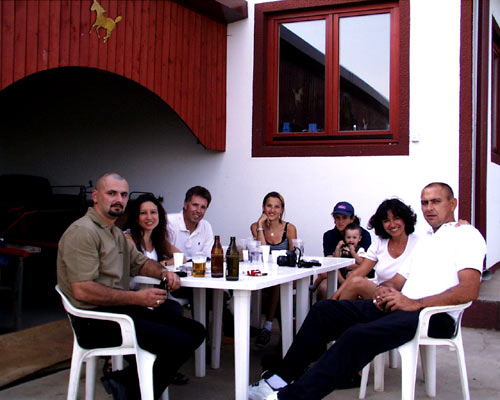 Here is the famous ‘water tower’ where the Croatians flew their flag during the war. The Serbs would shoot it down & the Croats would put it right back up. (Ivo, pic below, was one of them) Vukovar was bombed daily by artillery & tanks, which resulted in many casualties & deaths. Basically every structure was damaged or destroyed & most Croatians had to flee for their lives. 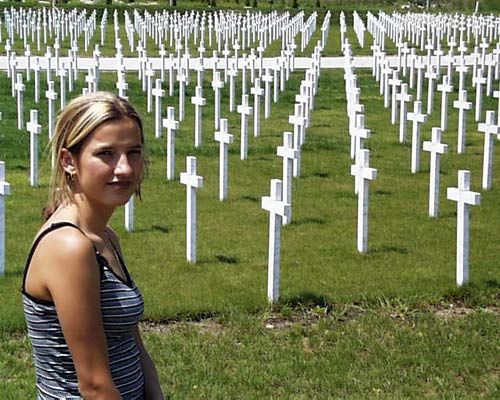 Mass Grave of over 1,000 Civilians Killed in the War – Vukovar 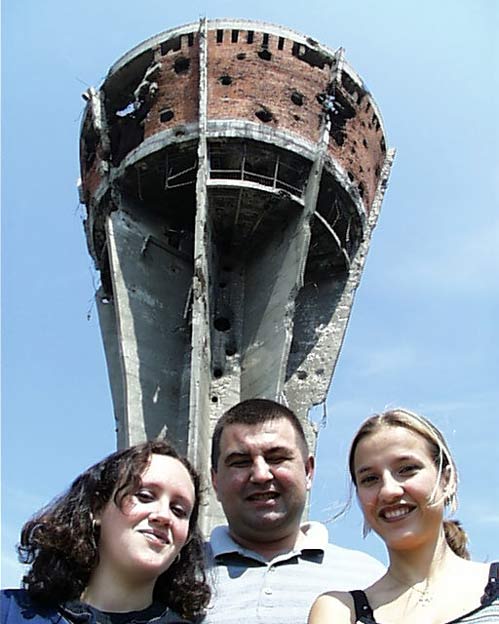 Poreč & Omiš are two coastal towns of many we visited. At a kids summer day camp in Poreč we did a clown show. They loved it & a local paper wrote up an article about us. 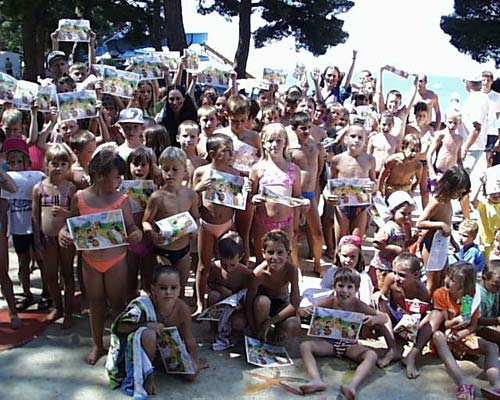 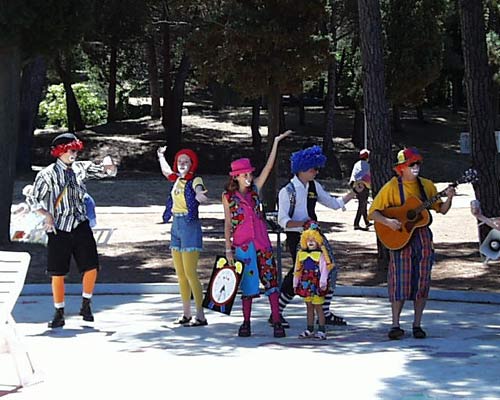 Clown Show for a Kids Day Camp on the Beach – Poreč

Despite Croatia being such a beautiful country with gorgeous beaches & wonderful people there is a dire problem of drug use among the youth, especially the coastal region. The Croatian coast, one of the most beauteous, having thousands of islands in the Adriatic Sea, is a very popular tourist attraction among eastern & western Europeans. 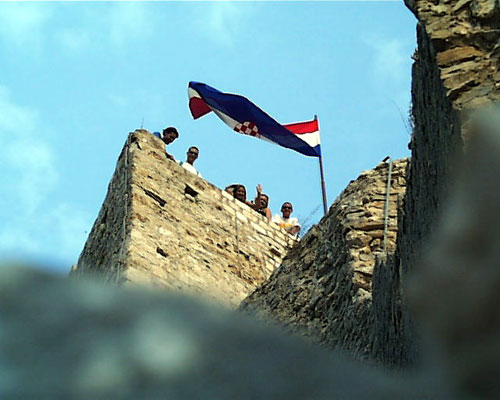 Castle on the Croatian Coast – Omiš 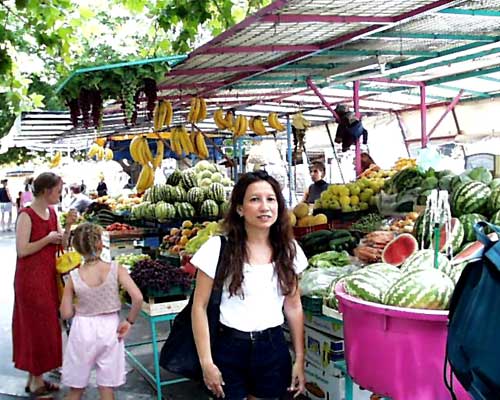